Crazy tech for your car – Part 2 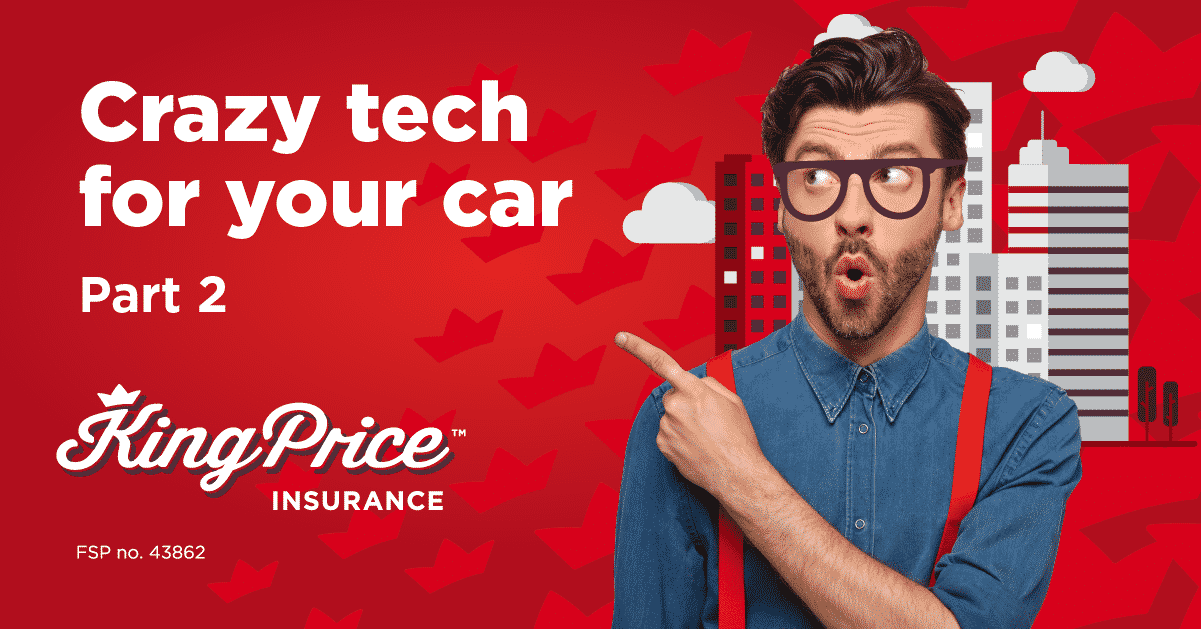 There was a time when automatic car locking systems were the latest thing. Let’s not forget when our parents (if we were lucky enough for that to be our lot) bought a car that had electric windows… Oh man, that was brilliant. There are now even more improvements and inventions that have made cars closer to spaceships than the horse and cart system of old. Of course, if you haven’t been car shopping lately then you probably don’t know about all the latest tech.

Never fear, though, because we’ve got another amazing list of crazy car tech. If you missed our previous list of 5, it’s right here… And now, let’s get on with these 5 super high-tech car features.

Are you a real petrolhead? Then you’ll be extremely interested in the latest tech that’s resulted in a faster combustion time, 15% lower fuel consumption and emissions, and 15% more torque. And if you’re not a real petrolhead and wondering what the fuss is… Let’s just say that more torque = more driving fun.

Basically how it works is that with this new tech, the compression ratio inside the engine is increased. When this ratio is higher, fuel is used more efficiently and ta da, you’ve got improved performance and fuel economy.

Turn your car into an inside rock hall

Driving with music and podcasts to keep you company is just 1 of those things that eases the journey. If nothing else, it makes traffic all that much more bearable. And the good news is that now, modern cars come equipped with snazzy speakers that can be switched to concert hall mode. What this does is make it sound as if you’re inside a literal concert space and not stuck in the slowest moving traffic jam complete with the surround sound of every other car that’s crawling at a snail’s pace next to you.

Hybrid engines are so common that it’s a bit of a yawn… Good thing there’s something new on the horizon to get excited about! This latest improvement puts the fun back into the driver’s seat with the EV power boost. Think about Jaguar, who first included a ‘push to pass’ button in their C-X16 concept in 2011. The button is on the steering wheel and pressing it accesses the electric motor for a 70 horsepower boost.

It’s like driving a Formula 1 race car and it’s catching on to even more cars!

Running out of data while you’re on the road is irritating when you’re streaming your tunes, but scary when you’re trying to download directions because you’re lost. That’s soon to be a thing of the past, because cars can be your internet source for streaming, video calling, and all sorts of other things that you want to do online. We can’t wait for that to catch on!

We’ve lost more car chargers than we’d care to admit, and we’re pretty sure that we’re not alone. And if it’s not the issue of losing your car charger, then there’s the whole frustration of replacing it when you update your phone. It’s just the most first-world problem but that doesn’t stop it from being a major pain in the backside.

Thankfully, the problem is solved with wireless car chargers. Some cars come with built-in charging pads where you can just set your phone down and let it power up as you cruise along. Brilliant, yes?

The king to the rescue

We love a spot of innovation, which is why (in 2012) we launched car insurance premiums that decrease every single month in line with the depreciating value of your car. Our main reason why is because it’s the right thing to do. The second (a very close second) reason is because we’re passionate about contributing to the world of crazy inventions and improvements involving cars.

We just can’t help ourselves… We even created R1 insurance for a few of your expensive portable possessions and our multiple car insurance discount so that you can pay less for every additional car that you comprehensively insure.

Who knows what we’ll do next?

Click here to see how our innovative touch could help you.