Is it worth using an unregistered electrical contractor 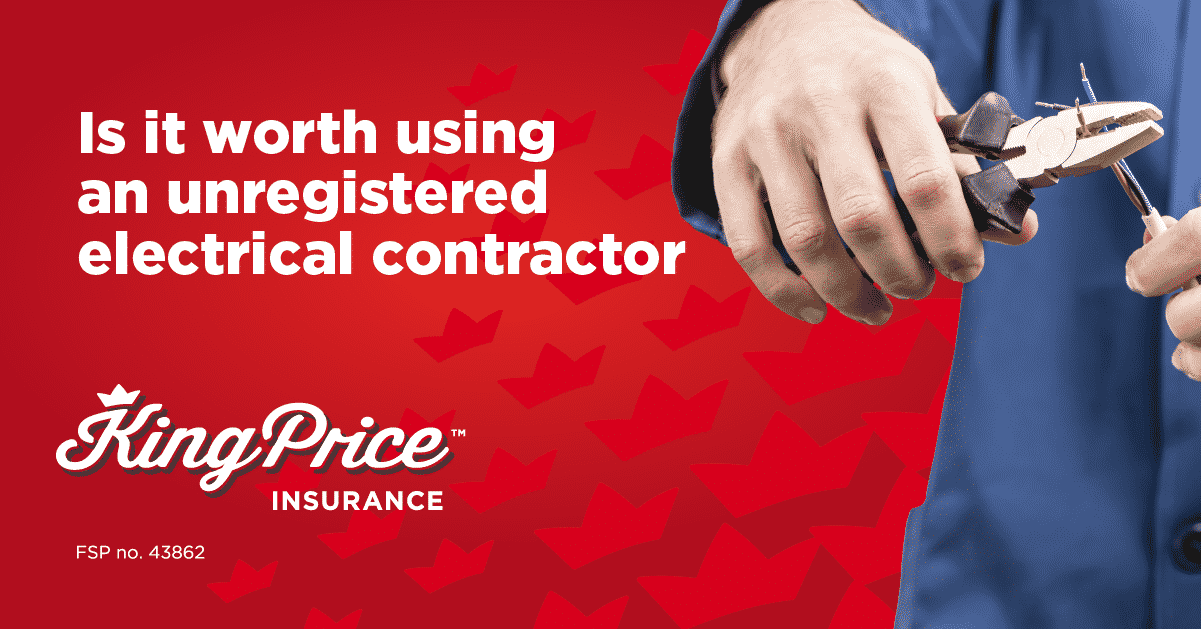 Is it worth using an unregistered electrical contractor

‘Although the average homeowner may not read or even be aware of the Electrical Installation Regulations, in South African law the rule ‘ignorance of the law is no excuse’. ‘Ignorantia juris non excusat’ is applied. That’s the bad news. There is no good news.’

All electrical contractors are required by law to be registered with Department of Labour; and ensure that all electrical work is performed in accordance with legislative requirements and any applicable codes of practice and technical standards. This registration entitles them to issue Certificates of Compliance (CoCs) – legally.

Unregistered pirate contractors simply ignore such obligations. Do people who employ the services of ‘pirate’ electrical contractors realise that their choice of electrician – usually based on price – may have deadly consequences? Or that the electrical installation may be unsafe but, due to the latent nature of some electrical faults, the danger may not be immediately apparent?

Using an unregistered electrician is not only illegal, it can also invalidate insurance cover, and in the event of an electrical fire, the insurer can refuse to pay any claims if the CoC for the property was issued fraudulently by a pirate contractor and/or is not valid and up-to-date to include all alterations that may have been done to the electrical installation.

If a claim has been rejected by the insurer, a civil claim against the ‘pirate’ contractor would be futile.

In South Africa, pirate electrical contractors who operate without being legally registered seem to do so with impunity. No one I know in this industry has heard about anyone being convicted for performing electrical work illegally. That does not mean it doesn’t happen!

There’s nothing ambiguous there; but does the punishment for operating without being registered actually fit the crime? The offences and penalties in Clause 15 of the Electrical Installation Regulations (2009) state that anyone who fails to comply with the regulations ‘shall be guilty of an offence and liable upon conviction to a fine or to imprisonment for a maximum period of 12 months and, in the case of a continuous offence, to an additional fine of R200 for each day on which the offence continues”.

I think this could very well be part of the problem. It’s just a slap on the wrist when compared to other countries. In New York, the criminal penalties for performing electrical work without a licence were recently increased from $5,000 to $25,000 and the maximum prison term from 6 months to 1 year. In Queensland, Australia, DIY electrical work is regarded as unlicensed electrical work, which is illegal, and has penalties of up to $40,000 for individuals. A breach that exposes an individual to a risk of death, serious injury or illness attracts a maximum penalty of $600,000 for an individual and $3,000,000 for a corporation or 5 years’ imprisonment. Go figure.

Generally, homeowners don’t have a clue whether electrical work done on their properties is legal or not because they don’t know much about electrical installations and electrical CoCs, and this ignorance leaves them vulnerable and at risk – and open to exploitation by ‘pirate’ electrical contractors.

FAQs about electrical certificates of compliance

How long is an electrical CoC valid for

No mention is made in legislation regarding the expiry or lapse of the CoC; it remains valid for what it has been issued for. Confusion arises due to the Electrical Installation regulations stating in Regulation 7(5) subject to the provisions of section 10(4) of the Act, the user or lessor may not allow a change of ownership if the CoC is older than two years. A CoC remains valid for the lifetime of an installation but excludes maintenance items, and if any alterations have been done to the electrical installation, the owner/lessor must obtain a supplementary CoC according to clause 7(4) which states ‘where any addition or alteration has been effected to an electrical installation for which a CoC was previously issued, the user or lessor of such electrical installation shall obtain a CoC for at least the addition or alteration.’

Who can issue a CoC

Only a registered person, employed by/on behalf of a registered electrical contractor may issue a CoC after he/she has inspected and tested the electrical installation and found it to be reasonably safe. If any fault or defect is detected in any part of the electrical installation, the registered person must refuse to issue a CoC until that fault or defect has been rectified. Any CoC that has been fraudulently issued by an unregistered electrician is illegal and invalid and could endanger the lives of people and pets and damage or destroy property.

This can take anything between 2 and 3 hours. Be wary if an ‘electrical contractor’ issues a CoC in 30 minutes. Be very suspicious of street pole advertising that offers CoCs for R700 or less. Remember, you get what you pay for! Depending on the location, condition and size of an installation, a legal CoC would cost between R1,500 and R5,000 or more. It’s worth it!

How do I know if an electrical contractor is registered?