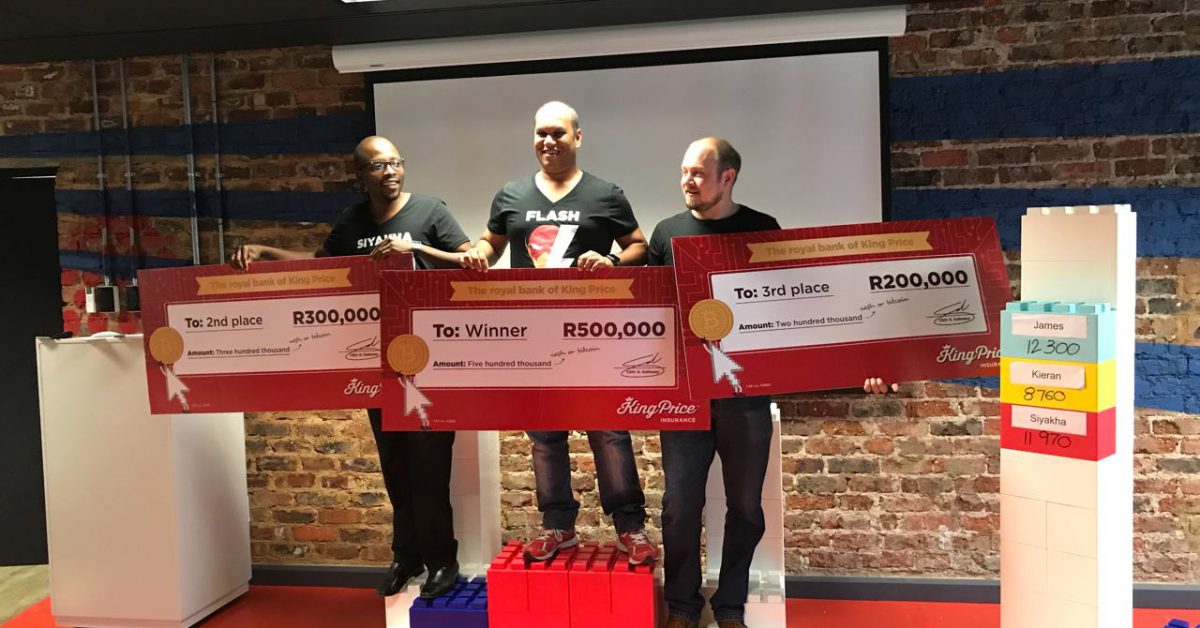 Here are the lucky winners of the cybersure game.

When we launched cybersure, we designed a super cool space invaders-style game so that people could have some fun, test their cyber savvy… And stand to win a share of R1 million in Bitcoin or cash! On Monday 12 March, 5 excited finalists gathered at our office for their turn to show off their gaming skills in the final round. The randomly-drawn finalists competed in a ‘sudden death’ play-off, with James Naidoo emerging as the winner of R500,000.

Well done to the winners, the finalists, and all of those who entered! We hope you had a blast… We certainly did!

The 8 finalists selected in the random draw were: